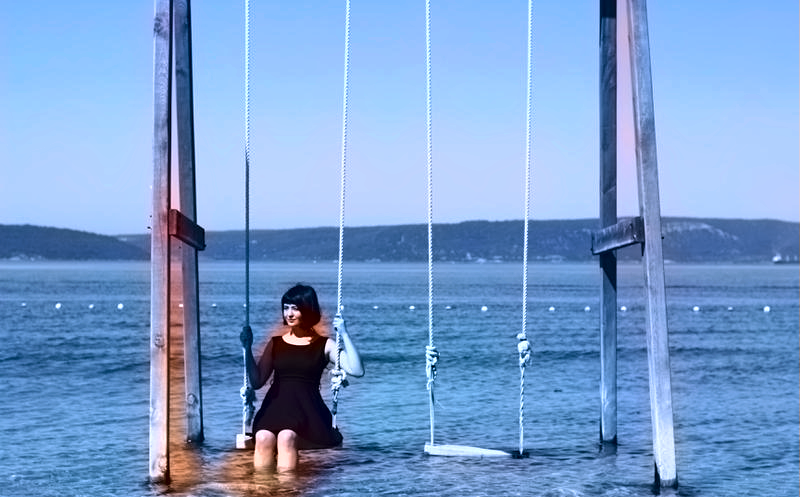 Fields of dirt surround Des Moines in 2100, where corn stalks once stood tall. There hasn’t been a rainy season in many years, and the aquifers have run dry, leaving the area unable to provide food for people around the globe. Pests have become ruthless, encroaching upon the land of the few farmers who remain.

This sounds like it could be the set up of a novel about the apocalypse, but it could very well become the world that we leave behind for our children.

When it comes to climate change, we are not just facing an inconvenient crisis, but a complete collapse of society. Sea levels are projected to rise by over five feet, drowning cities like Miami and New York. Extreme weather events will become so prevalent that they render large areas of the world inhabitable. Cities like Phoenix will likely see over 120 days a year with temperatures over 100 degrees, and mosquito populations will swell as they spread diseases further and further North. If you listen to the 98% of climate scientists that have been sounding the alarm since James Hansen’s infamous 1988 testimony in front of the U.S. Senate, it is all too real.

Anyone looking at the issue soberly will tell you that our decades of inaction has cost us dearly, and that only a full scale transformation of the world’s economy will allow us to avoid the worst effects of climate change. The 2018 report from the Intergovernmental Panel on Climate Change estimates that the world has about a decade to take serious actions toward mitigation, and just over thirty years to eliminate greenhouse gas emissions altogether. When looking at the current state of global politics, however, it is not difficult to imagine that the global community will be unable to muster the widespread political cooperation necessary to meet this existential threat.

Fifty years ago, people across the globe came together and formed the United Nations after the horrors of World War II. They put their trust into a more global system of civilization, in the hopes of creating a better future for all of humanity. Under this system, amazing things have been achieved―billions of people have been lifted out of poverty by gaining access to healthcare, electricity, and clean water. Over the last few decades, however, this pact has been broken by the global elite, blinded by greed, corruption, and self-preservation. Civilization has lost the narrative, and as conditions for the working classes of the world continue to stagnate as the wealthy prosper, they have finally taken notice and had enough.

It can be seen all around the world, the evidence of a populace disenchanted by the pittance that has now become the status quo in today’s system. Isolationism, xenophobia, and nationalism have all been on the rise. Trump rose to prominence on the backs of America’s broken middle class, cutting through the eloquent and hopeful platitudes of Obama with racist populism to secure victory. In Great Britain, there was Brexit, a product of discontent with the European Union in the face of perceived economic mismanagement and a migration of refugees from the war-ravaged Middle East. Both electoral results were the equivalent of a brick thrown through the window of the ruling class, if only for a glimmer of hope that there would be change in an increasingly unequal society, ruled by destructive and omnipotent corporations.

And now there is Jair Bolsonaro, the newly elected President of Brazil, who came to power because people had become so disillusioned with their government, they were willing to elect a fascist far-right extremist to power. Bolsonaro exudes hate, fear, and militarism at every turn, but in the flaming wreckage of today’s ruling class and mass media, the Brazilian people did not care. Just as in the U.S., they turned to what they perceived to be an enemy of the elite, even if it meant possibly discarding the system of democracy that had failed them. When the halls of democracy have been so bloodied with corruption and inequality, who can fault a desperate people for turning to someone who claims to have the solution to the misery that has befallen them?

The rise of far-right extremism is troubling for the future of the environment, and our ability to combat climate change. Trump does not believe his own government’s report of climate change, and the Republican party is full of politicians who are paid by the fossil fuel industry to deny the existence of climate change. Bolsonaro has said that environmental protections obstruct Brazil’s economic progress, and plans to eliminate the country’s environmental ministry altogether. Brazil is home to the Amazon rainforest, which is often referred to as ‘the Earth’s lungs’ by scientists- if deforestation destroys it, the battle to fight climate change will have been lost.

It is necessary for us to start planning for the worst possible effects of climate change, with fail safe adaptation measures that take into account scenarios of multiple severities. The future is unclear, and we need to start being realistic, particularly at the local level. We are already experiencing the effects of climate change, through increasingly vicious and costly natural disasters such as Hurricane Maria in Puerto Rico (2975 fatalities, $139 billion in damage), Hurricane Harvey in Houston (106 fatalities, $125 billion in damage), and the Campfire in Butte County, California (88+ fatalities, $10 billion in damage). These types of weather events stand to become insurmountably worse, even if we embark on the quickest possible climate mitigation strategies today.

Former President Mohammed Nasheed of the Maldives holds a 2009 cabinet meeting underwater to highlight the effects that climate change will have on them.

Climate adaptation will cost every corner of society, taking millions of dollars and man hours to deploy. A majority will be incredibly complex, and fundamentally alter the manner in which our most basic systems operate. We need to start prioritizing what sectors of society are the most important to civilized stability. Areas such as agriculture and water supply are vital to the functioning of our society, but climate change threatens to gnaw away at them.

From 2006-2011, Syria suffered from a prolonged drought that was one of the worst in its history. Sixty percent of land in the country experienced drought conditions, ultimately killing 80% of the country’s cattle and decimating the livelihood of millions of farmers. These conditions forced hundreds of thousands of farmers to seek new homes in the cities, and conflicts began between them and Bashar al-Assad. In the strain of this mass exodus of the Syrian countryside, the disastrous and still-raging Civil War came into fruition.

Now in Central and South America, thousands of poor farmers have been forced to leave their homeland in lieu of dependable crop production. With no rain comes no crops, and desperation has inspired thousands of people to travel across Central America to reach the United States in the hopes that they will be granted asylum and a better life.

These events seem disconnected at first, but they are all related to climate change. The caravans of climate refugees have only just arrived at the American border, and yet we already we see pushback from tribalistic forces in our society. If they are let in, how do we plan to take them aboard our shores? In all of America’s prosperity, we still cannot suitably take care of our own. Poverty, inequality, and violence plague our culture, leaving millions of children homeless and thousands murdered in cyclical shootings that have become all but normalized. Apathy is at an all time high, and disillusion has led record numbers of people to drugs and overdoses. What will the troubled scene become when thousands of climate refugees are thrown on top in the heat of climate change? There will be millions of climate refugees created in the next few decades, as a result of the fossil fuels that we have burned, and to turn our backs on them would mean to lose our humanity.

In all of this division and chaos, there is still hope that we can avoid the worst effects of climate change. A Green New Deal could mean climate justice for people around the world, simultaneously fighting income inequality, fascism, and climate change. The idea of a Green New Deal references Roosevelt’s New Deal of the 1930’s, which promoted economic opportunity for the poor while fighting fascism. It was far from perfect (see the systemic racism that it perpetuated), but it was bold political action that put millions of people back to work in a time when our economy was at its weakest.

Through a Green New Deal, we could deploy innovative technologies on a global scale, and fundamentally change the careless and destructive relationship that modern society has had with the environment since its inception. Large infrastructure projects focused on state-of-the-art transportation and energy systems could inject millions of jobs into our vapid economy, putting people to work around the globe on things that better the future of humanity. Poor, minority, and indigenous populations historically have beared the brunt of environmental injustice, but we have the opportunity to put millions to work in order to end this shameful reality once and for all. By combining climate, social, and economic justice through a Green New Deal, we could not only eliminate fossil fuels and beat climate change, but also create a more equitable and socially-just society where prosperity is not limited to a privileged few.

If we are to fundamentally transform society and deploy the planning strategies necessary to avoid widespread catastrophe, we need to start taking bold action right now. But we live in divisive times, a period of conflict and transition, and big moneyed interests pollute our politics because they fail to see (or willingly neglect) the bigger picture. Every year that goes by is another where the possibility of us succeeding becomes increasingly unlikely.

If the world devolves into chaos, fear, and tribalism between increasingly fascist and isolated geopolitical powers, the earth beneath us will remain unfazed. If global society falls into a period of disarray, leaving greenhouse gas emissions to continue pumping into the atmosphere, climate change will press on unflinchingly. It will be too late, and a weakened civilization may crumble under its weight.

The time is now for bold action, an acceptance of reality, and fear. A fear of ourselves.

Photo by meriç tuna on Unsplash

2 thoughts on “Fear of Inaction: Thoughts on the Impending Climate Crisis and the Fracturing of Global Society”